The Chapter Courier Program has been reactivated and will slowly resume as and when Covid 19 restrictions change.   Thank you, John McNamara, Program Director

In 2008, the Chapter launched its bone marrow and stem cell courier program. In 2016, the courier program was expanded and began serving the Juravinski Cancer Centre located in Hamilton, ON. Chapter members travel internationally to transport hematopoietic stem cells and bone marrow from donor locations to patients of these hospitals. Couriers execute over 100 missions per year. Approximately 50% of the courier missions are to Germany, and 40% to North American locations. The remaining 10% of missions are mostly to other western European countries. Chapter couriers have travelled in recent years as far as Asia. In February 2013, the Chapter was honored to receive a congratulatory letter from the Prime Minister of Canada on the occasion of the 100th courier mission for the Ottawa Hospital.

Carey Landry, BSc, PhD, Program Manager, Blood and Marrow Transplant Program has provided the TOH 2018 report which you can access at the following link:  Summary for BDBMS 2019

OneMatch provided statistics from 01 April 2016 to 30 June 2019 which you can access at the following link: OneMatch Statistics

THE COURIER PROGRAM AT THIS TIME HAS SUFFICIENT RESOURCES AND WILL NOT BE ACCEPTING APPLICATIONS FOR THE NEXT 24 MONTHS; EFFECTIVE APRIL 2019.

THANK YOU TO THOSE WHO HAVE RECENTLY REGISTERED AND EXPRESSED AN INTEREST IN THE COURIER PROGRAM.

In addition to providing courier services for the Ottawa Hospital and the Juravinski Centre, the Chapter provides financial support for clinical and patient programs in these institutions.  Recent examples of such initiatives include the purchase of specialized cooler packs for transporting stem cells and bone marrow, and of freezer equipment for storing cooler pack components. Additionally, the Chapter has provided direct support to the stem cell and bone marrow patient community through financial donations to the Ottawa Hospital Foundation.

Recently, the Chapter initiated an awareness-building program in the Ottawa region to promote and grow the Canadian stem cell donor registry administered by Canadian Blood Services. Ottawa Chapter members give information sessions in local high schools and post secondary institutions on the therapeutic role of stem cells and the importance of growing an ethnically diverse donor registry. The information sessions serve as excellent recruitment venues for young adults wishing to be added to the Canadian donor registry. Chapter members are trained to conduct buccal swabbing clinics on these new potential donors. The information on genetic markers resulting from the swabbing clinics is added to the donor registry.

In 2018 the Bruce Denniston Bone Marrow Society – Ottawa Chapter undertook several new initiatives to increase awareness of our organization, the Canadian Blood Services (CBS) OneMatch Stem Cell/Marrow Network Registry and the Canadian Public Cord Blood Bank program. We participated with CBS in several public forums such as the Parent and Child Expo and the RCMP Canadian Sunset Ceremony to promote our society objectives and the CBS programs. We also arranged information sessions/swabbing events at the Canadian Police College and the Canadian Security Intelligence Services facility.

In May 2018, CBS reorganized their Stem Cell Registry promotions department and our contact became a staff member from the CBS Toronto office. We were also informed CBS had decided to focus on targeting males between 17-35 and persons of ethnic diversity, so attendance at events of general interest would no longer be supported by CBS. Our contact requested our organization concentrate our efforts on speaking to high school seniors and college attendees or at events specifically identified by CBS where there would be a greater chance of recruiting the target groups. We signed a Statement of Agreement with CBS in August agreeing to be a Community Recruitment Organization in support of the CBS programs and registry recruitment priorities. CBS consequently trained 6 members of our chapter on how to conduct swabbing events and record potential registry donors.

Over the last year, we have helped raise the profile with high school seniors in the Ottawa area with the awesome assistance of Dr. Steve Gleddie, a member of and courier with our chapter. His efforts to educate these young people on the medical protocol associated to stem cell transplants and the importance of registering have directly impacted on the increase of potential donors registered with the Stem Cell Registry. Over the last year our chapter volunteers have run presentations and swabbing events at almost all high schools, as well as at Algonquin College and Algonquin Career Academy, which resulted in identifying several 100s of new donors for the registry.
Our chapter members will continue to raise the profile of the Bruce Denniston Bone Marrow Society in the Ottawa area in addition to supporting the Canadian Blood Services new branding tools, which were launched in September to ensure their organization’s success into the future as CanadasLifeline.

Today, the Chapter is comprised of close to 100 members, including over 80 active international couriers.  As the use of stem cells for life saving therapies expands rapidly, the Ottawa Chapter continues to seek new partnerships and opportunities to serve the growing stem cell and bone marrow patient community and the       Canadian Stem Cell and Marrow Network. 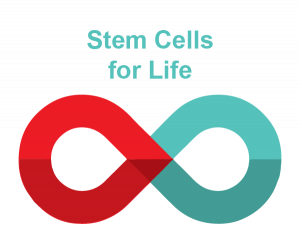